Bonkers Brits and Their Love of Royal Weddings 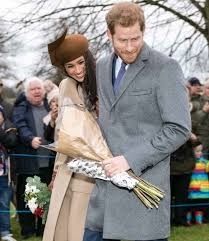 I call the British Royal Family the greatest show on earth. Her Majesty Queen Elizabeth II and the rest of the Windsor family’s activities are covered so often by the media that it has to be considered the longest-running “Reality” show, with a worldwide audience following their celebrations and tragedies. And I was able to experience it firsthand. Only two weeks after I began working as a Footman at Buckingham Palace in February 1984, Prince Charles and Lady Diana Spencer became officially engaged and “Diana Mania” was in full swing! Those were certainly exciting times, so I can imagine the current excitement surrounding the upcoming marriage of Prince Harry and Miss Meghan Markle.

The Windsor’s have more titles than a bookshop, palaces, and castles full of treasures, horse-drawn carriages, glamorous parties, and an art collection to die for. And don’t forget the Crown Jewels kept in the Tower of London, which has to be the largest jewelry box in the world! Through history, they have weathered the anti-Royalist storms and been smart enough in lean times not to have said anything to the tune of “let them eat cake.”

So what captivates us about the upcoming wedding of Prince Harry to Meghan Markle, and why are the Brits (well, most of them) still bonkers about the Royal Family and their weddings? Let’s start with the Queen, who is the longest-reigning monarch in British history. In fact, for Brits 66 years old or younger, she is the only monarch they’ve known. During this time she has been (at the very least) a symbol of stability. British Prime Ministers and their political parties have come and gone, but since becoming Queen she has met with every Prime Minister on an almost weekly basis, starting with Winston Churchill! She commands great respect and has rarely put a wrong foot forward during her life with the notable exception of underestimating the national (and worldwide) grief when Princess Diana tragically died. That summer, she decided to stay at Balmoral Castle, her home in Scotland, rather than return to London and mourn along with the rest of the country.

This naturally leads to Princess Diana, who married into the family and was immensely popular. The nation has always been sympathetic towards her and her memory, much to her ex-husband Prince Charles’ expense, whose ratings still suffer especially after marrying his mistress Camilla Parker-Bowles.

Which finally leads to the two Princes, William and Harry. To give an American perspective of the British national fascination of the Royal Family, the closest I can think of is the attention given to the Kennedy family in the days of “Camelot.” Sadly, the children of both families suffered tragedy in a very public way. There was no privacy for 3-year-old John F. Kennedy, Jr. as he saluted his father’s casket and none as well for young William and Harry as they walked behind the hearse carrying their mother’s casket in full view of the world. While both are heartbreaking sights, they also endear them to us and we should be happy for Harry on his wedding day.

So despite all the hearts, Harry has broken by choosing a bride, the Royalist Brits and the rest of the world will tune into the last high profile Royal wedding until Prince William’s son George ties the knot. And since young George is only four, that will certainly be a long wait!

For those who love a good fairy tale wedding, the marriage of Prince Harry to Meghan Markle has all the Disney ingredients we haven’t seen since the actress Grace Kelly married Prince Rainier of Monaco in 1956. Once again, an American “commoner” will cross the class divide and marry high up into a European royal family. What parent doesn’t dream that their little prince or princess will one day become royalty and be married in a beautiful castle with all the pomp and circumstance the Brits excel at? For those who want to see the couple in person and join in the celebrations, the wedding will be followed by a twenty-five-minute carriage procession through the historic town of Windsor. I’m sure the route will be lined with bonkers Brits waving flags, cheering wildly and generally having a good time. After all, who doesn’t enjoy such a spectacle?